I recently had a parent tell me that they wished they had more school choice because they would take their child to a different school. Now I understand that parents deal with difficult situations and I believe they truly want what's best for their children... but, the next statement she made showed me she clearly is misinformed. "I wish there were more charter schools or private schools in our areas. I mean, billionaires don't send their kids to public schools."
Exactly. Billionaires don't send their kids to public schools to learn to be well educated, valuable members of society. They send them to private schools to learn to continue to be billionaires who don't really care about people in public schools.
If these billionaires really cared about improving education and making our country better, they would start with pushing legislation that FULLY funded education for students with disabilities and TRIPLE the funding for schools in low-income districts.
If billionaires cared about making America more competitive in our schools then they should make sure teachers are being paid as the professionals that they are instead of instituting and belittling those educators who have to work a second or third job just to support their family.
If billionaires actually wanted to make a difference in education then they would recognize the value in having teachers write their own tests. Billionaires know the value of money, so why not save states and districts billions of dollars that are being wasted on standardized testing and spend it where it will make a difference for all students by reducing class sizes so children can get individualized help from their teachers.
Billionaires do not care about your child or their future... but do you know who does?...Teachers!
Posted by Bradlee W. Skinner at 9:10 AM No comments: 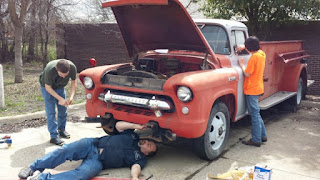 We often use this description when referring to students who we may not share interests with, or students who show little interest in the subject matter we teach. But are they really "hard to reach" or have we simply been trying the wrong tactics?

Let me tell you about a couple of these students who had been labeled as "hard to reach" who were put into my class. Yes, they were put there. They did not sign up for it. They had been kicked out numerous other classes and mine became the "dumping ground" for troubled students.

That was fine by me because troubled students ended up being stellar students in my class. Typically, after school, I had play practice but there were always a few short weeks in between plays where we didn't have rehearsal. As we waited for rehearsals for the next to begin I would work on my truck after school. Sometimes it was working on the engine, other times it was the sound system, other times it was the suspension. There was always some project to work on. Often times those "hard to reach students" would hang around the building after school which was odd because according to other teachers these students hated school. So one would think that once the bell rang they would be the first ones out of there.

I invited them to help me on some of the projects with my truck as I knew that they enjoyed working on their own vehicles.  How did I know that?...well, that is one of the first steps in reaching "hard to reach" students. I listened.

During our after school projects I taught some of the best lesson of my career. These students proved to be quite intellectual. Our conversations were deep, philosophical, and inspiring. I learned that these students were no "hard to reach" at all. They just weren't being challenged or listened to.

I still keep in touch with these students. They still continue to challenge my way of thinking and keep me learning and listening. I am grateful for those conversations and those projects. Not only were we building a truck, we were building strong relationships and building trust.
Posted by Bradlee W. Skinner at 9:31 AM No comments:

Is There Such Thing as a "Wrong Vehicle"? 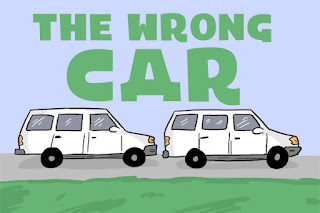 I was asked by a fellow educator who is both looking for a new job and a new vehicle, "Is there such thing as the wrong vehicle?", meaning is there a vehicle he should not buy that may give off the wrong opinion when he interviews for a job.

When I first started my education career I will admit that I cared about the impression I put out to the public. I wore a shirt and tie every sing school day for the first year. I took out my earrings and never wore them again. I kept my car clean, and my desk. I did all these things that had absolutely now barring on how I taught in the classroom. A shirt and tie may look good but it did not make me a good teacher.

Soon I began to realize that the connections I made with students and the quality of the lesson I gave them was far more important than trying to "look the part" to the public. I began participating in school spirit dress-up days, joining in on casual Fridays, and even riding my motorcycle. These actions did far more in building positive relationships and improving the culture and climate of my classroom than a shirt and tie ever did. 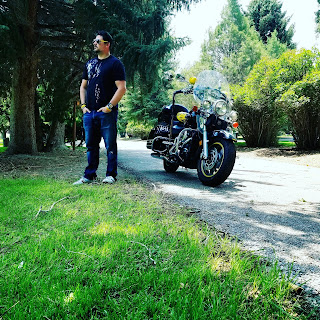 So regardless of what vehicle you drive, if a school leader is going to judge you during a job interview for what you drive then that is school culture you do not want to be a part of.

Use the fact that drive a big truck to carry your scuba equipment as a way to connect with students whom you might not normally visit with. Or use your motorcycle as a way to connect with the gear heads who want to know what you ride and why chose that model. Let your uniqueness be you and let it foster connections with students who need to know it is okay to be themselves. So drive a beat-up '85 Honda Civic or a brand new Toyota Tundra, walk or ride a bike. It doesn't matter nearly as much as being there for your students. 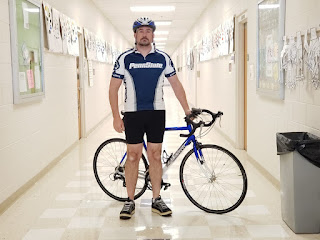 Any administrator who is hiring a new teacher should only concerned that a teacher has a vehicle that can safely get them to the school to teach kids.

So be yourself, truly, wholeheartedly, and unapologetically, no matter you drive. As long as you are driving students towards being the best versions of themselves possible then you are alight in my book.

Posted by Bradlee W. Skinner at 9:17 AM No comments: